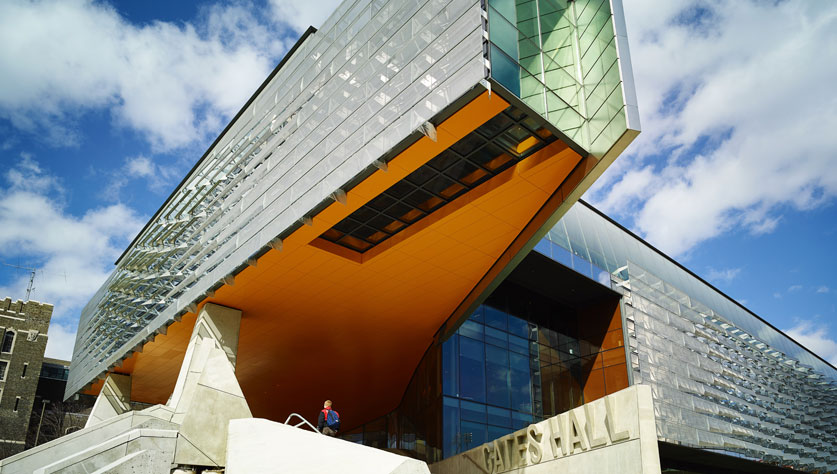 Constructed to unify the Department of Computer Science with the new Department of Information Science, under one roof, the new four-story building creates space for faculty offices, a lecture hall, and state-of-the-art teaching and research labs for a range of computer information disciplines. The building was designed to support the collaborative and multidisciplinary research that has become increasingly important in the computing and information sciences.

Funded in part by the Bill and Melinda Gates Foundation, the structure features several communal spaces that encourage collaboration. The space is enclosed by a glass façade with custom exterior perforated stainless steel panels.

Welliver collaborated with the architect and owner on the development of the project from the start. After providing comprehensive pre-construction services, which included aggressive value engineering exercises, it was evident the project was over budget and the custom exterior curtain wall was a major contributing factor. We worked closely with the Pritzker Prize winning architectural team and owner to create a design-assist bid package. They selected a glass contractor prior to the completion of the final design, which ultimately resulted in 60% cost savings.